It was a pleasure to be interviewed by my peer and my good friend Michael Steverson, and an honor to be featured in 1x Magazine, which has set the standard for excellence in modern photography. This post is an excerpt of the in-depth interview and features over 20 images. It also touches on my next project, Vanishing India. The link to the entire story is below.

by 1x Editor Michael Steverson
Edited and published by 1x Yvette Depaepe, on the 5th of August, 2022

VANISHING CUBA is a visual storytelling project by my friend, American photographer Michael Chinnici. This stunning collection of over 300 photographs depicts the changes Cuba faces as it emerges from more than 60 years of isolation and decay.

Michael’s first 24 trips to Cuba yielded tens of thousands of photographs with thought-provoking and emotional stories and in the process, he’s been able to forge several lifelong friendships. Vanishing Cuba is about capturing the past, present, and future of Cuba, and even more so, about capturing the “Soul” of Cuba. He has returned twice more since the book was published.

Michael’s love affair with Cuba and the Cuban people is clearly conveyed in this compelling and beautifully produced love letter to the island nation.

Over the past few weeks, I’ve spent a lot of time with Michael. We’ve discussed Vanishing Cuba, compared notes on documentary and travel photography in general and we talked about what lies ahead. Having, and then compiling these discussions weren’t as easy as we’d hoped. At different points we found ourselves dealing with a variety of obstacles. Early on, much of Michael’s family contacted COVID-19, then a week later we had our own COVID quarantine and testing issues here in South China, during which the entire city I live in had to undergo daily, mandatory testing. We also faced a myriad of technical issues, conflicting travel schedules and time zone constraints. At times I wasn’t at all sure we’d be able to pull it all together. Then, just when it looked like we were about to wrap it up a full day ahead of our deadline, Michael contacted COVID-19 himself. We persevered in the end and I’m happy to share the results here today.

Mike, thanks again for being so gracious with your time to talk about Vanishing Cuba. You know, you might be the busiest guy I know…

Chuckling – It wasn’t the easiest interview I’ve ever done but we made it work. I’m happy to have been able to share this time with you.

And I’m happy to share the success of this project with everyone here. Artists should celebrate artists. This book, it wasn’t something you set out to do. You could say it naturally evolved over the years…

That’s right. I never planned on creating a book. I wasn’t shooting with a book in mind. It wasn’t until my 20th or 21st trip and after many requests to do a book that I realized what I had created – a wonderful collection of images representative of my love for this extraordinary country’s people, culture, history, and soul. I’m not saying putting the book together was easy, it wasn’t. That said, photographing Cuba has never been a chore, an assignment. The photographs did come easily. I often say, shooting in Cuba is like being a kid in a candy store. But I know what I captured is special because I have seen so many other photographers struggle with capturing its authenticity.

Click here to read the complete interview on 1x. 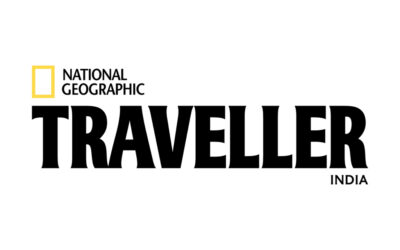