I am proud to add STANFORD UNIVERSITY to the growing list of Universities that have purchased the “Vanishing Cuba” book. The Cecil H. Green Library is the largest Stanford University library and contains collections in the humanities and social sciences. The library houses over 4 million volumes.

Stanford University is one of the world’s leading teaching and research institutions. Founded in 1885, and located in Stanford CA, the university is organized around seven schools: three schools consisting of 40 academic departments at the undergraduate level as well as four professional schools that focus on graduate programs in law, medicine, education, and business. All schools are on the same campus.

As of April 2021, 84 Nobel laureates, 29 Turing Award laureates, and eight Fields Medalists have been affiliated with Stanford as students, alumni, faculty, or staff. In addition, Stanford is particularly noted for its entrepreneurship and is one of the most successful universities in attracting funding for start-ups. Stanford alumni have founded numerous companies, which combined produce more than $2.7 trillion in annual revenue and have created 5.4 million jobs as of 2011, roughly equivalent to the 7th largest economy in the world (as of 2020). Stanford is the alma mater of one president of the United States (Herbert Hoover), 74 living billionaires, and 17 astronauts. It is also one of the leading producers of Fulbright Scholars, Marshall Scholars, Rhodes Scholars, and members of the United States Congress. I am proud to have my VANISHING CUBA book in the reference library at the CALIFORNIA INSTITUTE OF THE ARTS (CALARTS). It was a pleasure to hear that NYC’s SCHOOL OF VISUAL ARTS (SVA) acquired VANISHING CUBA for its library. SVA is a multidisciplinary college of art and design known for its unparalleled faculty and innovative curriculum. 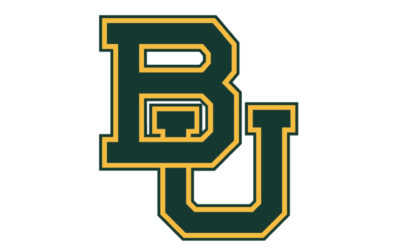 I was excited to hear that BAYLOR UNIVERSITY, a private Baptist Christian research university in Waco, Texas, had ordered the RESERVE EDITION of my VANISHING CUBA book for their reference library collection. Established in 1845, Baylor is the oldest continuously operating university in Texas and one of the first educational institutions west of the Mississippi River in the United States.